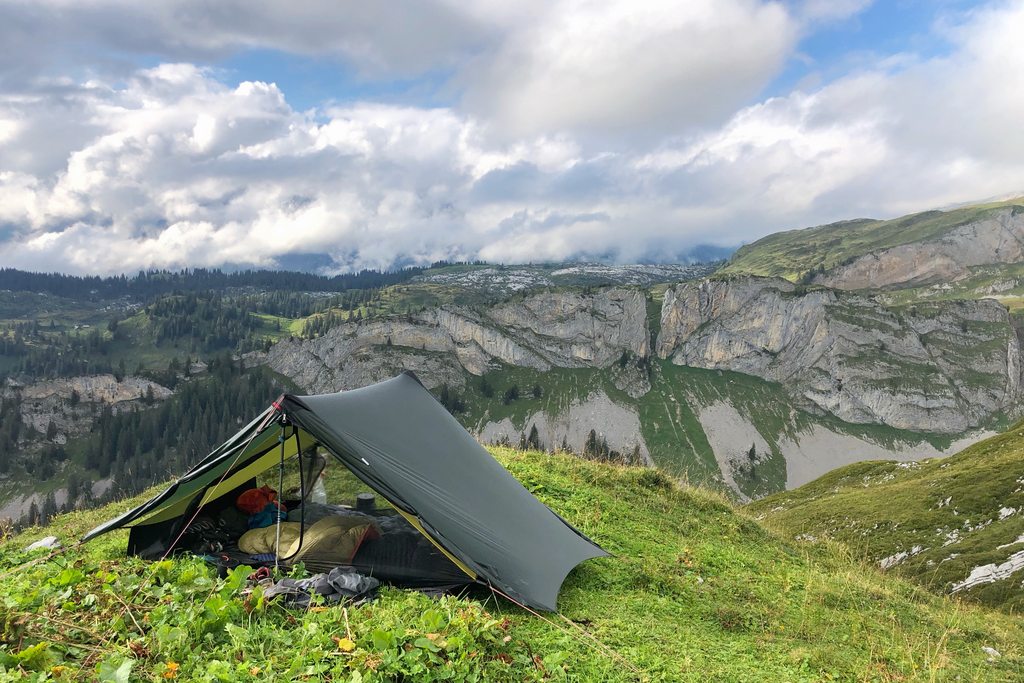 I've been testing the new Hilleberg Anaris for Trek & Mountain magazine (full review HERE). It's a two person shelter that goes up with trekking poles and weighs a very respectable 1.4kg's.
I was surprised to see Hilleberg releasing this- I'm still used to relying on cottage gear manufacturers and US-based companies for decent trekking pole tents, but these days more brands are paying attention to what has previously always felt like very niche kit.
On the surface, the Anaris looks similar to the Six Moon Designs' Haven ($335), and the two-person Lanshan (£112), both of which I've used before. The Haven didn't seem to have the wind stability I wanted, (it also weighed almost 100 grams more than advertised), and the Lanshan just felt like a cheap clone of the Haven- long term, I wouldn't trust the seams or the fabric much at all.
So what does the £630 Hilleberg offer?
Everything about the build quality and the fabrics on the Anaris feel totally bomber. The interior space is also MASSIVE, and it seems much more storm worthy and well thought-out than anything else I've used. Obviously there's the Hilleberg price tag, but the Anaris will outlive the competition, which is better for the environment and for those occasions where the consequences of your tent failing don't bare thinking about.